I was almost fully buried today on the skin up.  We knew that SF was a possible problem and were trying to avoid steep slopes that may have preserved SF.  We were skinning up a sub ridge when we collapsed the slope once.  My partner said "did you feel that"  I said "no" than the slope collapsed again and and avalanched.  My partner collapsed the slope. We were on the far right flank, I was breaking trail and my partner was not caught.  I tried to ski (with skins on) off the slab but could not gain enough speed.  I was caught and carried.  I tried to grab the first tree but could not hang on.  I grabbed the second tree I came to and hung on.  I was buried on the up slope side of a tree.

Surface hoar was the culprit we were headed to ridge walk and find an area to look for surface hoar and test it.  We found it.  Here are some photos.  We were being super conservative with route finding.  We had to go around a tree on sub-ridge and that is where we were caught.  This one is hard.  Could have gone left of tree onto east aspect but there were a couple rocks on a convex roll.  Just went with instinct I guess. 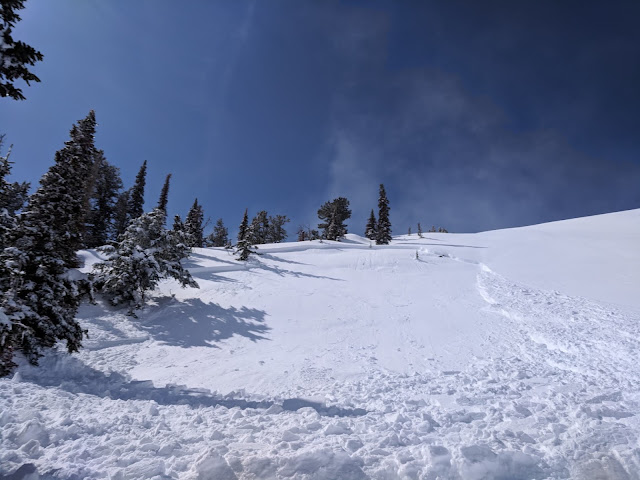 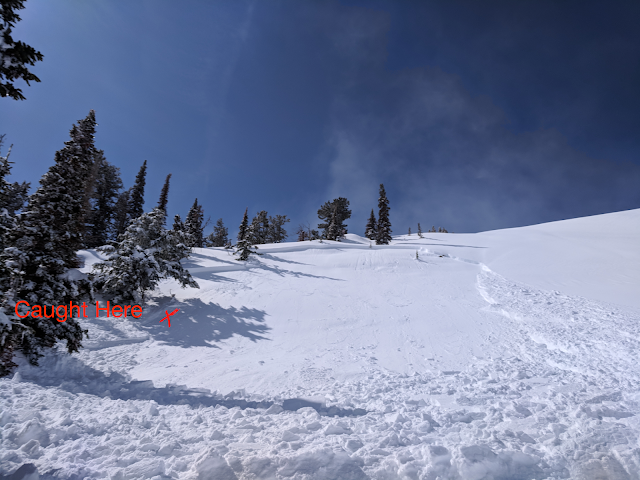 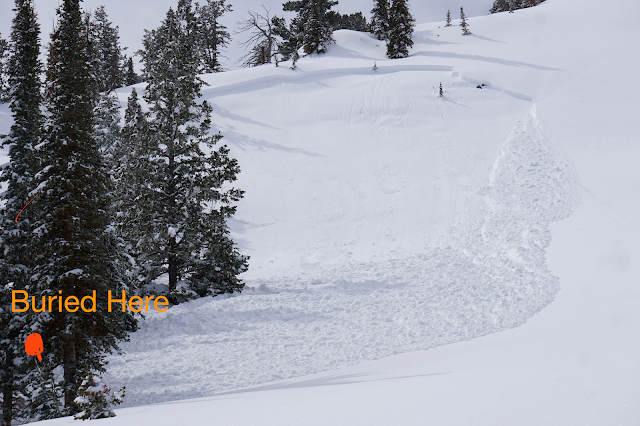 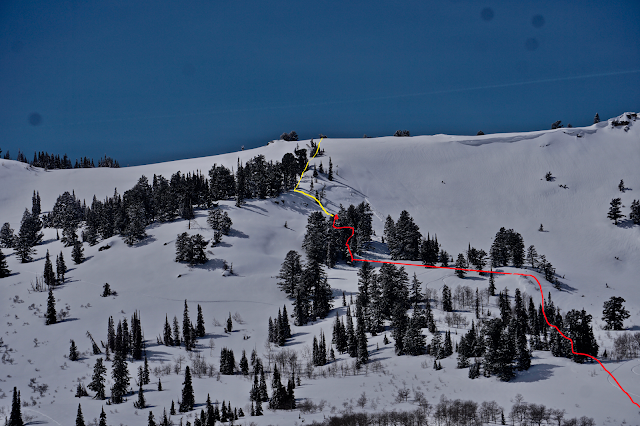 Red is Up Track, Yellow is how group planned to reach ridge. 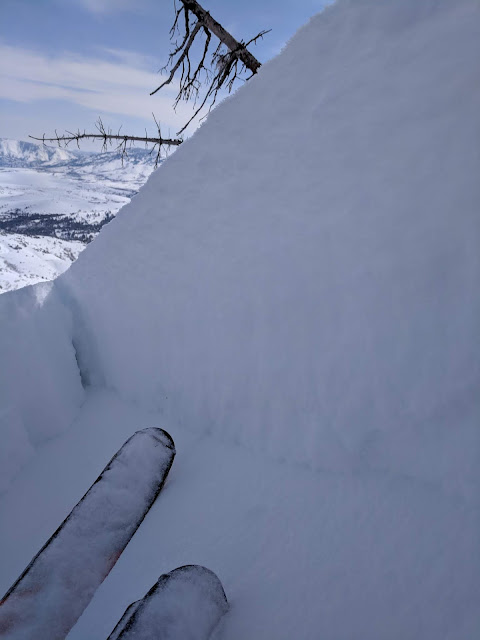 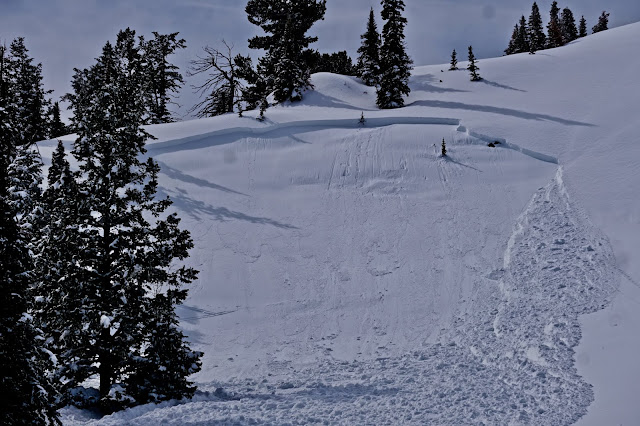 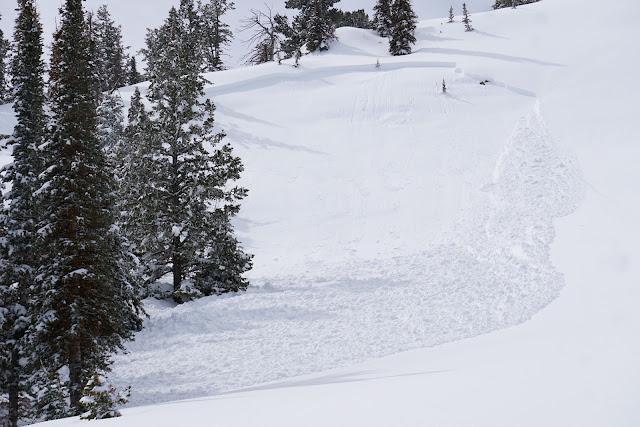 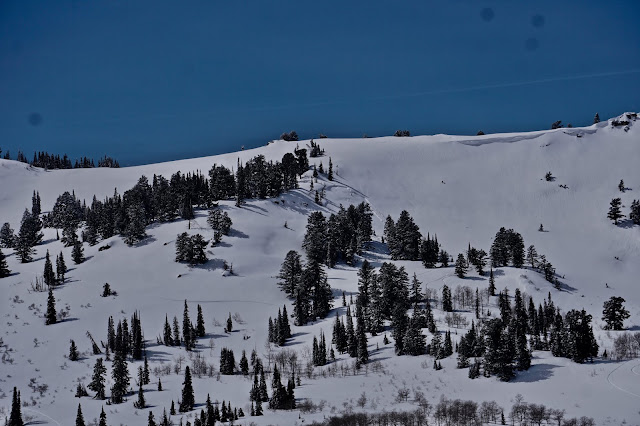 Too Little, Too Late

Will It Heal? Does it Matter?